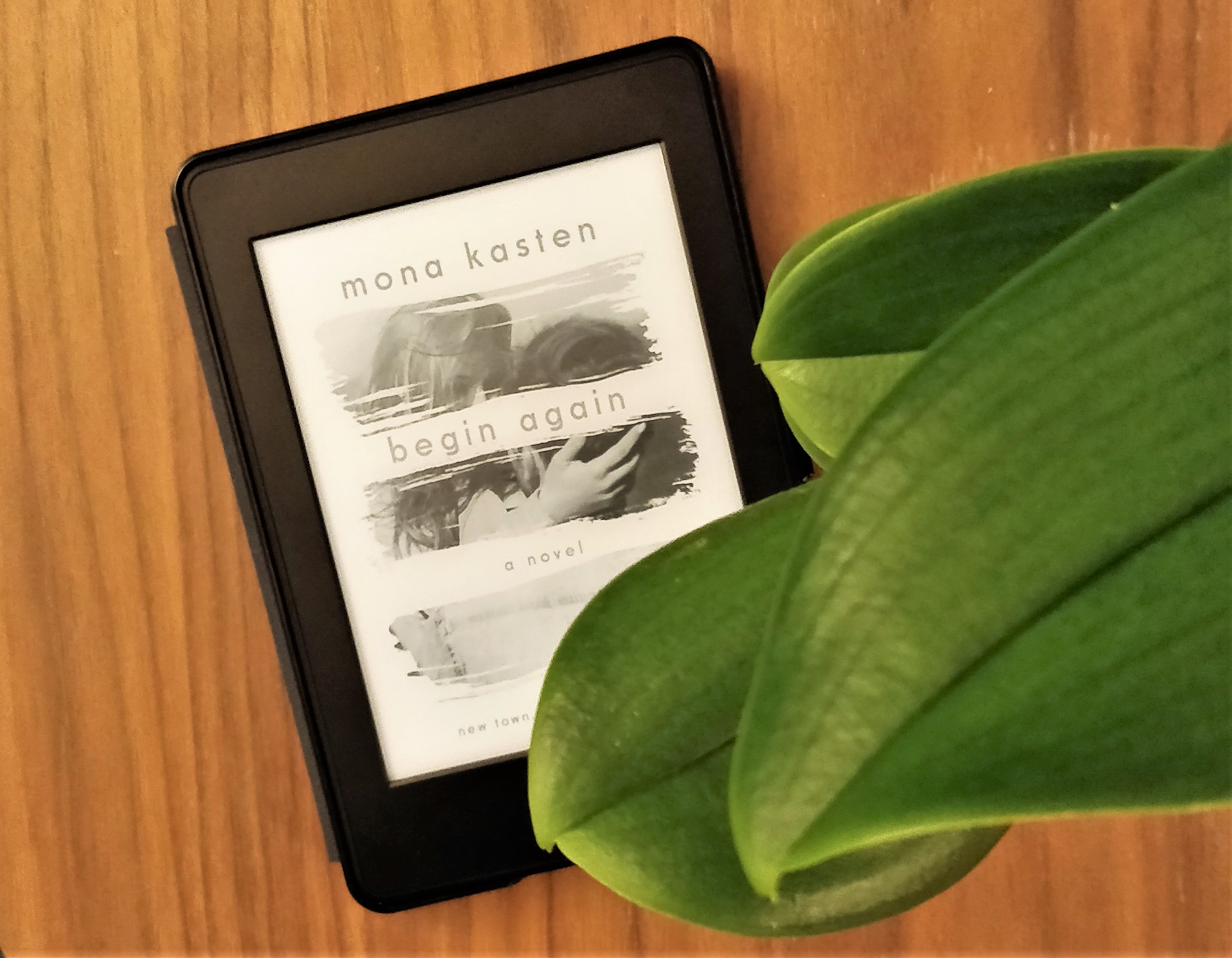 I first saw Begin Again in an Instagram post by Buecherpalast (who by the way has an amazing feed) and was sold immediately by its amazing cover! After a while though, I realised that the book was only available in German and although I understand German alright I am nowhere near being able to read a book in German. However, a little over a week ago I realised that Begin Again had been published in English and I quickly applied and was approved for an EARC by Bastei Entertainment through Netgalley – which by the way was amazing and so unexpected!

It took me only a few days to read it, but had I not been on a road trip for two of those I would have read it in one sitting.

Allie is a strong young woman, who moves to Woodshill, Oregon to get away from her family and begin her own life as the person she feels she wants to be.
Kaden is the brusque and handsome young man, who owns the apartment, that Allie hopes to rent a room in for the duration of her college time in town.
Of course there’s tension between them from the start and Kaden comes across as being very arrogant, authoritative and even sort of sexist. Allie takes his behaviour because of her desperate need for a place to stay, but also because of her sincere physical attraction to him, which is at times almost erotic to read about.
Kaden slowly warms to her presence and begins to take her places and show her the town, all while Allie is making great friends on her own.

The scenes between Kaden and Allie are written extremely well, and as a reader you can feel the electricity between the two roomies and the attraction between them that Allie tries to ignore. As Allie is trying to start her new life, even the reader is kept in the dark about her past, and must wait for her to be ready to unfold her past life to us as well as her friends.

This was such a sweet read and I was hooked from the very beginning to the end. Surely we’ve read about these type of characters before: The young woman, who wants to create her own life, and the apparently strong young man with a bad boy attitude and a broken soul beneath, who merely needs to heal before being the perfect guy. This does not mean that the book doesn’t have to be read though, since Kasten writes amazingly well and creates wonderful characters that you want to follow! I especially liked the relationship between Allie and Kaden, which was described so vividly. This is also one of those books that introduce the reader to diversity without pushing it down one’s throat, which I felt was refreshing.

Begin Again is the first book in the Again-series and the next two have quickly become highly anticipated reads of mine! I constantly wanted to know more about the lead characters and to see how their lifes unfolded. I sincerely hope that it will be published in Danish sometime soon.

If you enjoy stories like Fifty Shades of Grey by E.L. James or the After-series by Anna Todd, then I really think you would enjoy Begin Again. I know I did and am now impatiently waiting for the rest of the series to be translated into English (or Danish if any publishing houses here would be interested).

No matter how careful you are, there’s going to be the sense you missed something, the collapsed feeling under your skin that you didn’t experience it all. There’s that fallen heart feeling that you rushed right through the moments where you should’ve been paying attention.
Well, get used to that feeling. That’s how your whole life will feel one day.
This is all practice.