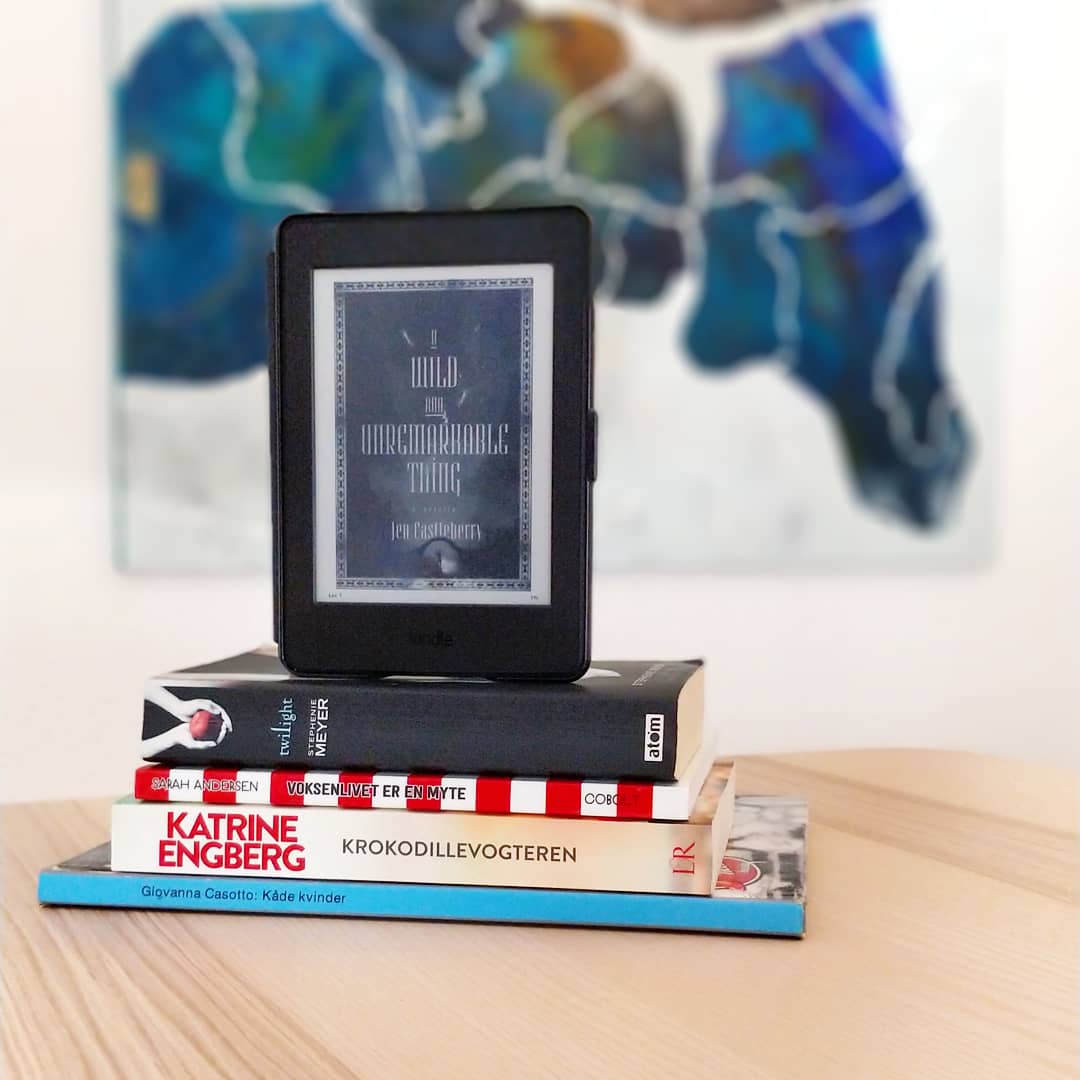 When I first started this post, I had imagined that doing a quarterly wrap-up would be ideal, since I don’t read a lot of books in a month. Therefore, out of fear that one of my monthly wrap-ups would consist of me writing about this one book I started, but didn’t really finish – I decided to do quaterly wrap-ups. This would allow me to share more experiences with you in one post.

However, I had not expected to read as much as I did. January was filled with six books, and I figured it was because I took my exam and then was left with almost two weeks before I started school and work again. But the streak continued into February, and then I just decided to do one quarterly wrap-up, but the rest of the year I will do monthly wrap-ups. I’d rather write a short post about this one book I didn’t really finish, than a loooooong post about all of these books I read, knowing that most of you will give up by the time you see the lenght of it, and the rest of you will give up after the first few paragraphs.

I will briefly list the books I have read in the same order that I read them, and afterwards I will talk about a few of them and a bit about my reading motivation in this same period of time. Please note that some of the titles are in Danish (and consists of the odd letters æ ø å) because I read them in Danish! If the book has an official English title (and I know it) it will follow in parenthesis ().

I read a total of 22 books in these three months, which is almost my reading goal for 2016. That is quite amazing and frankly also quite unfathomable. But I have never felt forced to read this many books, it has almost come naturally, because I had a lot of books I wanted to read.

Seven of these books have been review copies from either an author or a publishing house, and I feel honoured to have had the chance to review these books. Except for one, I really loved reading all of them. And the one I didn’t enjoy as much, was mainly because it just wasn’t my kind of read anyway. It really wasn’t a bad book.

by Michella Rasmussen is a Danish YA book about a young girl who suddenly has an admirer, that slowly turns stalker. It is amazingly well written and deals with an issue I haven’t read about before. It takes both the stalker’s and the victim’s point of view, which I think is absolutely fantastic and it works terrificly in this book. The audioversion of it is amazing too!

by Katrine Engberg is a Danish crime novel that has been translated into several languages (I do not think English is one yet, though – unfortunately). It is about a murder on a young girl that has been committed in the most gruesome way. The characters in this novel were brilliant and I fell in love with them as much as I loved the story itself.

A Wild and Unremarkable Thing

by Jen Castleberry is a fantasy story with a twist of a feminstic approach. It tells the story about a young girl, who has been raised as a boy in order to be able to slay a Fire Scale dragon and collect the winnings afterwards, so that she can save her family from poverty. It is brilliantly crafted and I really wish it would be longer, since I really connected with the main character Cayda.

by Ditte Wiese is a realistic YA novel, which has quickly climbed up to be one of my most valued reads. Again, this is Danish, and hasn’t been translated yet, but I think it should! The narration and the voice of the story is spot on with the youth and Ditte tells a tough story about growing up and wanting to get away. If you read Danish and love a good YA-novel, you should read this one! And please let me know what you think afterwards as I would love to discuss it.

by Anne Mette Hancock is again a Danish crime novel, but this one is a bit different from most othe crime novels I have read. Ligblomsten (Corpse Flower) deals with the notion of revenge and I don’t really think anyone is actually killed on the pages, which makes it even more interesting.

Song of Blood and Stone

by L. Penelope is a fantasy novel set in a magical land, and th characters are so compelling. I loved everything about this book and I cannot wait to share this with you, when I post a full review of it on Sunday, April 29. It is amazing and if you love fantasy you should read it. End of story.

I have been on a roll reading wise. I have no idea how it happened that I already read 22 books, but I have in no way felt pressured to. I have just read. And listened at any available time. I did cut down a little on reading for school, but only because I am only following one course this term. And I have also cut down a little on my work hours since I have been dealing with some personal issues that demanded I took some time to myself.

As mentioned earlier in this post, I will post a monthly wrap-up in the future as this was far too comprehensive a post for my own liking.

Once I had opened a book and read its pages, those characters could never be taken away from me. Even if the books were burned, they would still live on in my mind.