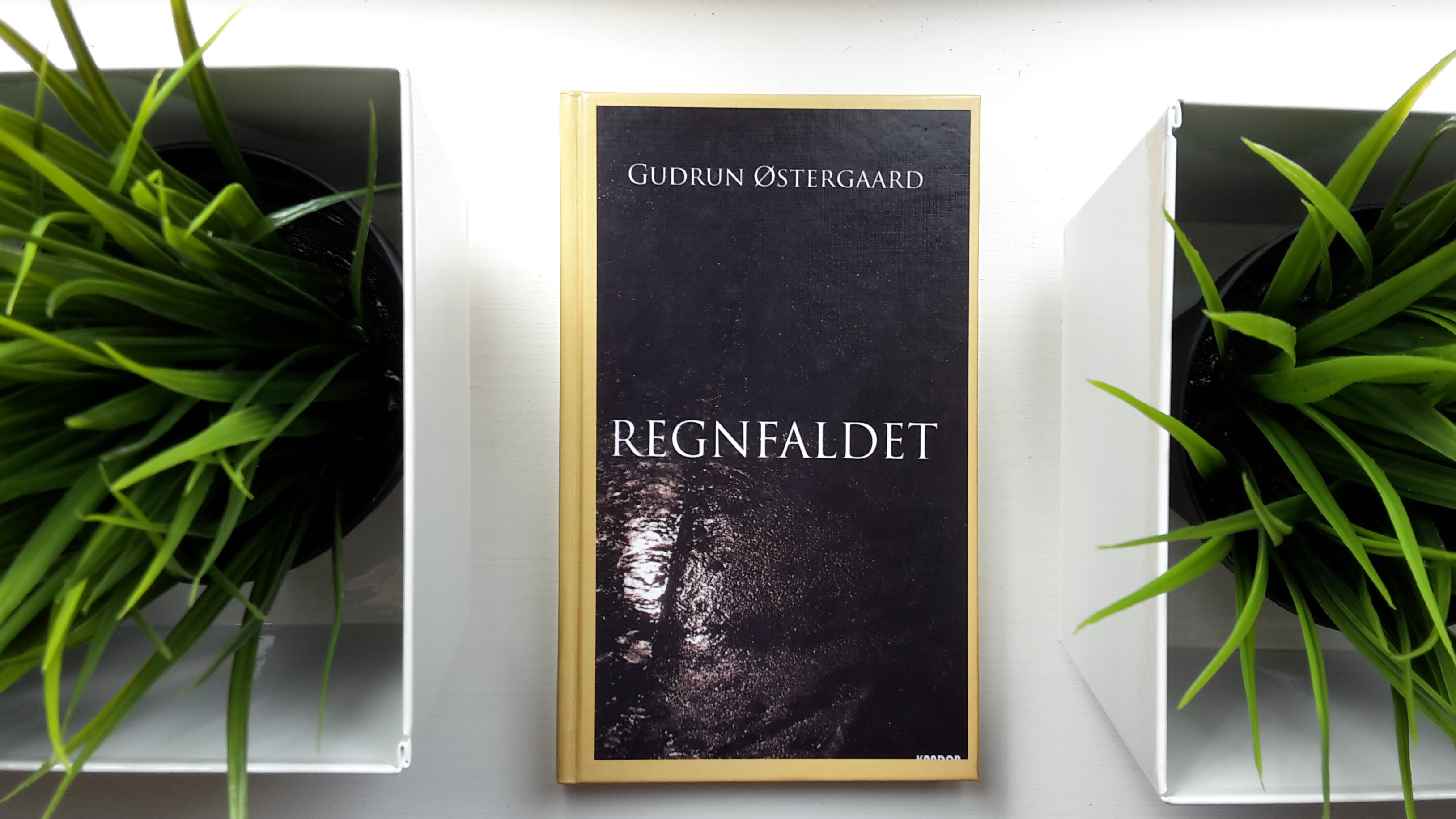 In the beginning of July I read Regnfaldet (from now on referred to as The Rainfall, even though it is not the official translation. As far as I can tell the book has only been published in Danish.)

The Rainfall takes place in a fantastical universe, albeit it does not differ much from what we know. It is a story about a small apartment building with four residents and a caretaker in a world where it rains constantly. The streets are flooded and as the story moves forward, the rain gets worse. Food supplies are cut off and people move away. Businesses shut down and basements are flooded. Yet people carry on, because the rain has been there for so long, it seems normal.

The four residents are four very different people, who do not wish to be involved in the lives of the other residents – or to some extent other people at all. They even prefer to not talk to the caretaker, even when they do have an issue that needs fixing. The caretaker on the other hand is a very talkative man, who smiles to people as he passes them. One day, the caretaker turns up dead, and the four residents come together to solve the mystery of his death, only to discover an even darker side to the whole ordeal.

This book was beyond weird, but so well-written. The fact that the fantstical universe was so close to our world, yet still very different made the reading experience a little odd. Everything seemed so normal, yet everything seemed a little off. This gives the book a somewhat eerie setting and adds a darkness to the story. The characters were really interesting, and for the better part of the story, those were the reason I continues reading. They are all, each in their own way, very peculiar people, and I kept trying to guess what would happen next.

Gudrun Østergaard writes exceedingly well, and the characters were very believable. When we have gotten to know the characters the plot twists and the caretaker turns up dead. The residents come together, and knowing from the first part of the book how they feel about each other and how different they are, I expected an almost comical meeting.

Should you read it?

The story itself was so strange, and at times I am not even sure I understood it, but the writing was excellent, and the characters were so peculiar! This book should definitely be read by someone who enjoys a great universe and cast, but does not need the book to give the reader all the answers.

What kind of person saw someone’s suffering and felt her heart crack open even wider, even more sweetly than before?