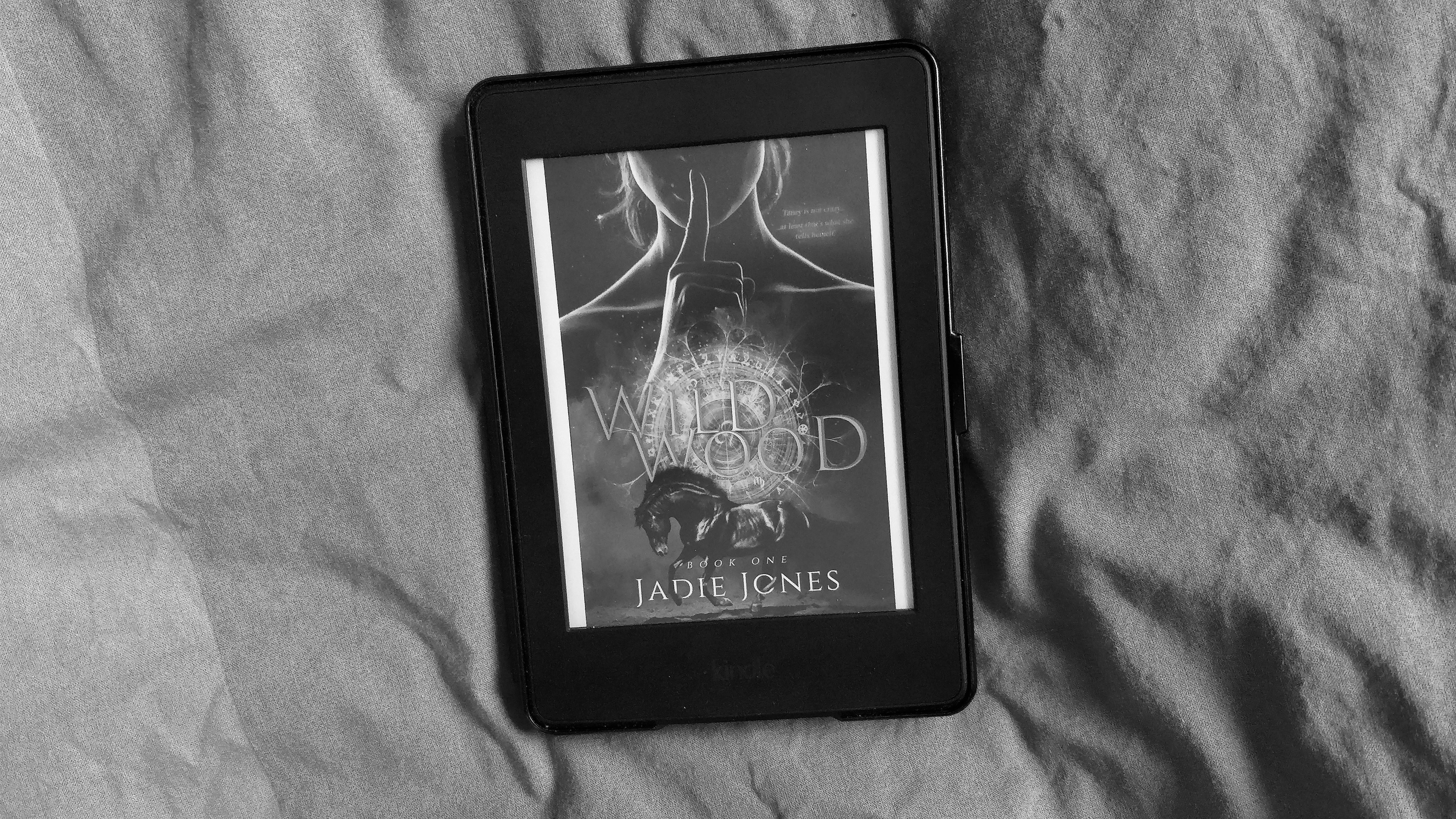 Tanzy is a young girl at around 18 years who lives with her mum, who prefers to stay indoors at home, and dad, who owns a horse farm named Wildwood, where he fully invests his time outside of the family. One day however, something terrible happens; Tanzy loses her father and is dragged in to a long period of sorrow where her mother retreats and leaves Tanzy to fight on her own. This is very tough to read about and Jones has written this exceptionally well! We feel the despair that Tanzy goes through and it is hard to see how she will ever pull through.

Wildwood was an amazing page-turner and I was thoroughly consumed by Jones’ incredible story!

Tanzy is in many ways a very relatable character, I do however think, that she turns a little more than slightly annoying towards the end of the book. She misses vital and obvious clues that could help her on her way, and she sometimes act a lot younger than her age in that she reacts on pure emotion rather than rationally. This I felt was quite disturbing to my liking of her character. Despite this fact, I really loved the story! The ending left me a little deflated, since a lot of new things and characters were suddenly introduced, but I guess that is to be expected when there are more books in the series.

Jadie Jones has written a marvellous fantasy story that can appeal to a lot of different people. It is hard to know what will happen next, and Jones has created the feeling that the reader is just as lost as Tanzy is, when she is introduced to the bigger picture. It is hard to know who to believe. The story unfolds so deliberately that parts of it reminded me of how J.K. Rowling managed to weave in hints and plot twists in the Harry Potter series. Again, the only regrettable thing about this is how slow Tanzy is to pick up on these clues.
But I for one will be moving quickly on to the next in the series!

If you enjoy a good fantasy story that at the same time deals with universally human topics such as grief, this will probably be a good read for you. If you at the same time enjoy a book that leaves little hints to figure out the plot every now and then, then this book would be a good one for you to get your hands on. The story flows from page to page and I sincerely had a hard time putting it down, whenever I had to stop reading (you know, when life gets in the way and you have to go to work or eat dinner or sleep). More than once the book reminded me of the Harry Potter series – not in its use of magic at all, but in the way that Jadie Jones has built up her world and her story.

I was kindly send this copy by the Parliament House in exchange for an honest review. Thank you.

If you have become interested in this book, you can read more about Wildwood on Goodreads by clicking here.

Beauty loses its meaning when you’re surrounded by too much of it.