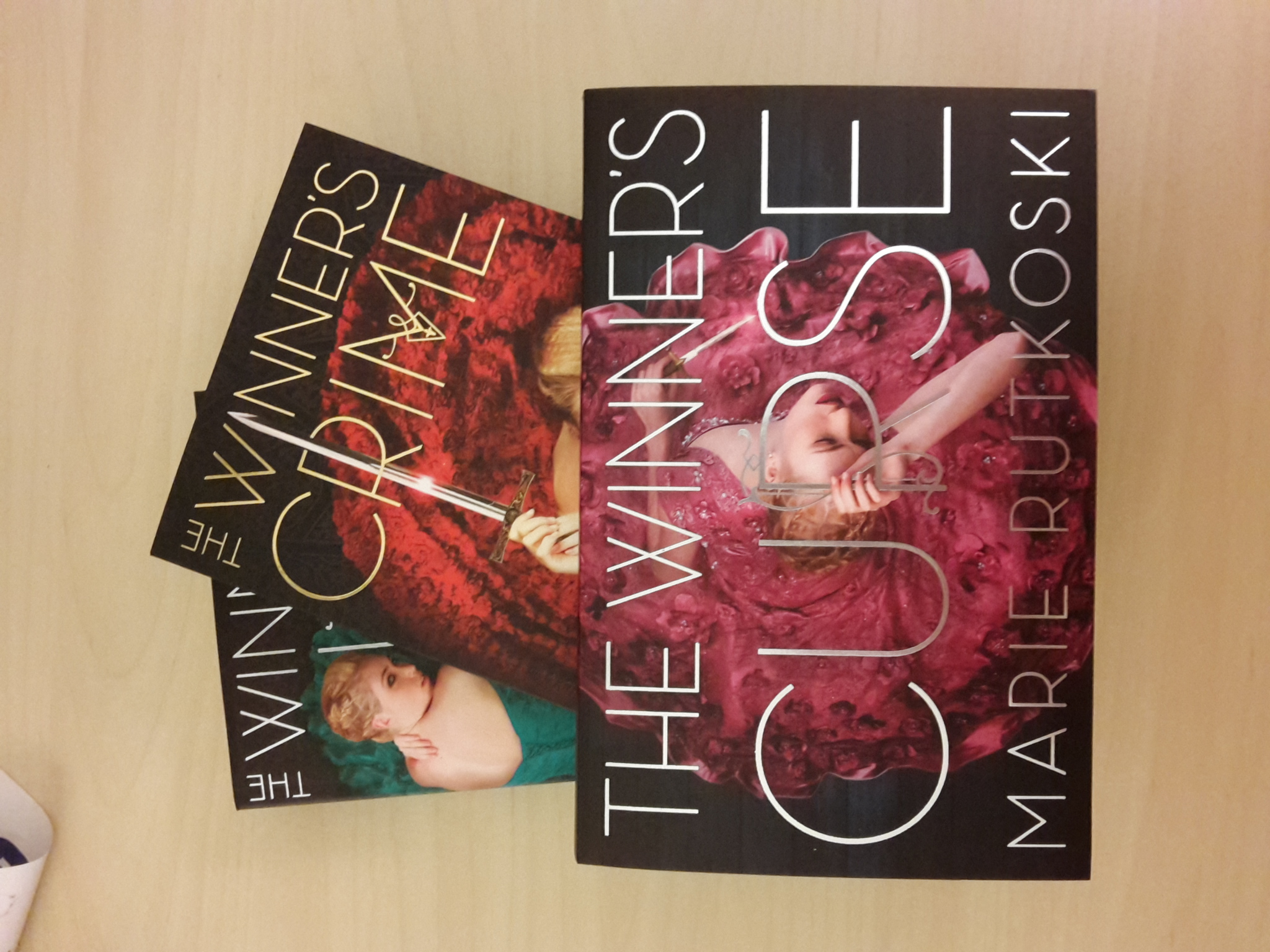 I first began reading The Winner’s Curse on my Kindle, but I didn’t get very far into it before I decided that I had to own the trilogy as physical copies. The Winner’s Curse was so good and the books are so pretty! And I am that vain.

It turned out to be a good choice, since The Winner’s Curse was a page-turner, that I devoured over the course of a weekend. The tone’s invigorating and although it is not a revolutionary story, it is a very good read.

The story is about Kestrel, a general’s daughter, who purchases a slave at the local market, even though she doesn’t really condone slavery – or at least not to the extend of her owning a slave. The slave she purchases is Arin, a skilled blacksmith, who – despite being a slave – manages to conduct himself with dignity. Arin is put to work at Kestrel’s father’s forge. At the same time he functions as Kestrel’s personal escort into town. This gives the two of them time to get to know each other.

The Winner’s Curse review: spoilers ahead

As these stories go, of course the one falls a teeny-tiny-bit in love with the other and vice versa, which evidently creates a problem. As I said; nothing revolutionary. I loved this book, though! It has it all: War, love, starcrossed lovers, hurt, hope, friends, pride, and I could go on.

I especially like Kestrel’s fierceness and how her personality embodies both the gentle and the stronger aspects of a person. At times, as with most young characters in stories, I tend to think that she is wise beyond her years, yet at other times, she is as stupid or as self-involved as a regular teenager can be. This is definitely a bonus, since I love when the characters seem ‘real’: Like they could be part of our world. Arin, on the other hand, is difficult for me to grasp. I never really buy the whole “He’s falling in love with her”-part, although it is apparent towards the end of the book, that he has felt this way for some time. He is a very private person, and I completely understand why that is, and that may be why I don’t really get him.

However, I think, that the book could have benefitted from having more thorough descriptions of his affection for Kestrel. And vice versa. Suddenly, I feel like I have not said enough positive things about this book. The Winner’s Curse does deserve to be praised. Although we have heard the story before, and met the characters one way or another, it is a very enjoyable read! I loved every page of it, and do already look forward to reading it again some day.

“One must always be careful of books,” said Tessa, “and what is inside them, for words have the power to change us.”